Kicked off the month with this


aaaaw....can't you just imagine little Zavid running to zghool with all his bookz and dinner money in this beauty? pic.twitter.com/4xaxCILQdr
— Raving Ponce Machine (@AuntieNubbins) January 4, 2015


and at last a little more news about Joe's Section 6

As Black Squadron shifted themselves into New Year cinemas, they were delighted by the "Stephen!" "um coming" to be heard during The Theory of Everything.

The net went a bit sily when they learned this


Ultraculture's Charlie Lyne took his film, Beyond Clueless on the road and his Prince Charles Cinema Q & A was conducted by Adam.


The episode of Pappy's Flatshare Slamdown that Adam recorded last year, went up this month.


...and then suddenly, out of the blue, we heard that Adam was coming back to BUG! 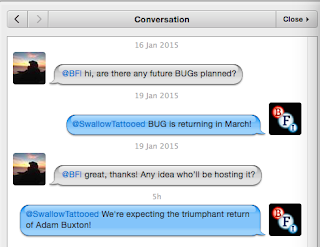 ...and BVE announced that Adam was going to interview Richard Ayoade as a keynote event at this year's show.

Joe was mentioned in this piece about Mark Kermode.

Adam was announced on a spoof festival line-up 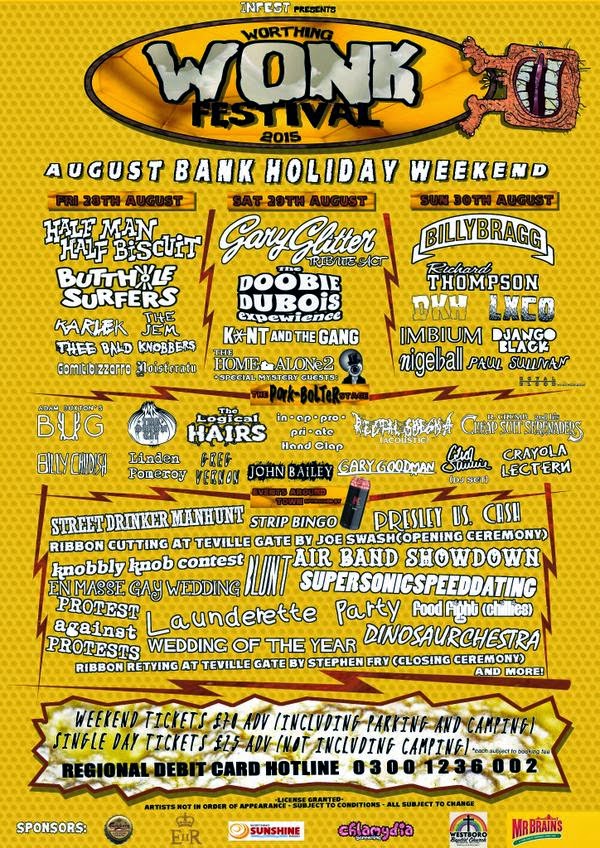 The month finished with Adam appearing in the lineup at The Bloomsbury Theatre for Laugh Till it Hurts in aid of Macmillan Cancer Support.


Friend of the Adam and Joe Show, Garth Jennings, talked to Lauren Laverne.


Listen to Garth Jennings talk to Lauren Laverne.....either as a clip or in the podcast. http://t.co/PxmHhmYs4v http://t.co/fcDZP0B4OX
— Raving Ponce Machine (@AuntieNubbins) January 17, 2015


We were all thinking this, right?