Dreamboats Delivered To Your Door 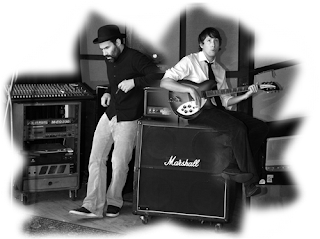 For fear of repetition, I've twisted* one of the pictures from the press kit by way of reminding everyone to pre-order Adam and Joe's Song Wars Vol 2 as soon as possible. Their waffle implies that the orders may be filled at home before the high street stores have even rattled up the loading bay door to accept their deliveries.

Last night, we found out that Robin Allender helped them negotiate those tricky recording rights issues for the Mind of a Pirate (Legal Version) by crafting a soundalike or maybe even some inspired original noodling.

I notice that the 'bonus track' is no longer included in the listing but let's just hope that's because it's 'hidden' and not simply because Joe couldn't be bothered to record Harvest Moon, after all.
Seriously, I'm sure both of our dreamboats put in many hours to cobble this pleasure platter together.

There's a nice mention about the album here. If I'm honest, I still take issue with the spelling of "Santum". I can see how it was arrived at but I think it should either retain the uniformity of having the "u" in there before the "a" or just go for the more phonetic "Sontum". I know Joe will have argued that the "u" might make it sound more like "swantum" but as it stands, it just looks like a plain. old, short vowel. After all, it's not how he spelt it for his little You Tube video, is it?** Cornballs will be delighting in this pronunciation v. spelling conundrum in a way that sets him apart from any other human I know. I am so happy to have got that off my heaving chest. 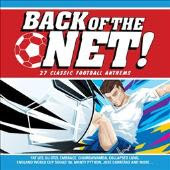 Did you know you can download The Footie Song, perfectly legally, for a tiny price?

This is probably also a good time to link the wonderful XFM Podcasts which I have been plundering for nuggets lately.


Adam did another wonderful blogpost last weekish! Did you buy your copy of "It's Nice, That" yet? No, neither have I.
Please do send Adam suggestions (by adding a comment) for his Children's Book Comedians because I fear he may not continue the strand if we don't encourage him.

His "Nutty Room" was featured on the BBC's Internet Week Europe night, whatever that was.


Adam's gigs as they stand at the moment:

Of course, tonight & next Thursday will be the regular (but deliciously irregular) BUG22 at the BFI.
I keep on saying this but if you are in a position to take a risk, don't be put off by the 'fully booked' banner and please do try for tickets at the door as they rarely turn people away. 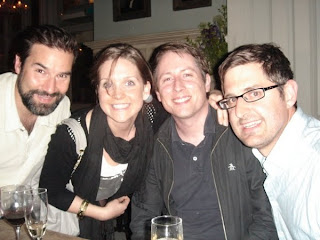 We don't have a date yet, but The Paradise Club looks like it's going to have a Buxty shaped visit soon, perhaps even next week. The lovely Shelley met with Adam last week and as if that wasn't treat enough, she scored the hat trick of dream meetings. Fingers crossed that it all works out. He may be joining the team on Wednesday but I just hope it's not the private event on Thursday. 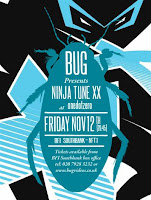 There's a pretty comprehensive report about the BUG Ninja Tunes Special here. I have very little to add.......so little that it amounts to nothing at all. It was a wonderful night.

If anyone went to the last regular BUG21, I'm overjoyed to be able to finally link the Everything, Everything, Photoshop Handsome film via Wired. 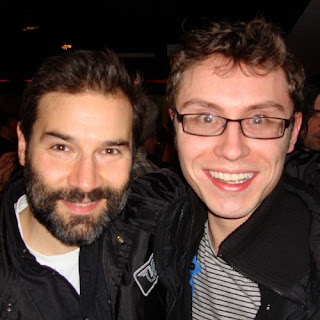 
....and as if by some crazy coincidence, this blog entry about that very same BUG popped up today.

Adam also hosted the Stuff Awards last week but I can't find any official pictures (haven't looked that hard, for shame). There's one tweeted by Duracell here, though.
He was also spotted at the ATP Spoon gig this week.Thankfully, nobody thrust a camera in his face while he was relaxing in his own time.

Several people were happy to tweet Adam's No News edit during the NUJ strikes.

Friend Of The Show and superb deputiser, Garth Jennings will be joined by his film making partner on Nemone's 6Music show this Monday to promote their wonderful retrospective DVD. The trailer is presented by someone called Ken Korda.

Check out this wonderful Buckles egg cosy designed and crafted by LucyAnnabel.

As intimated during his on-stage grilling of Edgar Wright, Joe has been tickling his film into submission with some pick-up shots, if tweets like this are anything to go by. There's a picture out there too but I'll leave the more obsessed to find that. It contains no spoilers. Meanwhile, alien film comparisons continue and that pursuit will only become more vigorous next year when others arrive.

Spot the Odd One Out.
Clue: One of these is a serious director and stuff.

There you go - the December (current) issue of Empire Magazine is a Tin Tin fest including a small contribution from Joe and his piece has a picture of himself looking like a proper, sexy grown-up and a picture of Hergé looking like Joe Cornish, comedian and all round idiothole.

I'm A Celebrity, Get Me Out Of Here has started again but few people want to use the correct hashtag when they're clogging up my Twitter feed. I was prompted to post Joe's song but it didn't change anything.

Joe's Papa Johns ad (not his ad at all. He just did the voice over) is having an airing again with the promise of a special offer but not the kind any gourmet would be interested in. He has also been heard doing a v/o for Game on the telly but I have yet to catch that.

The incomparable Chris 'Assault with a Deadly Crisp' Salt has fashioned his first music video. Can this man become any more remarkable?

Having sat through various random hours of Christian Marclay's Clock, I felt an urgent update to the edit would be good.

I've been enjoying the odd glance at Damn You Autocorrect, lately. Why don't you take a look too?

Let The Maker bless The Ritzy for being the first to retweet a now retracted innuendo from Film 2010.

Where would we be without CassetteBoy?

Where would the BBC be without Mitch Benn?

One last gigglebonk if you don't feel I've wasted your time quite enough already.


The asterisk department:
*can't be doing with portrait orientation on waffle blogs.
** I know, I know - that was purely to serve the visuals. I'm wrong. I accept it.
*** Popcorn gig includes Alice Lowe in the lineup who has a glorious website.
Posted by Auntie_Nubbins at 15:30 No comments: