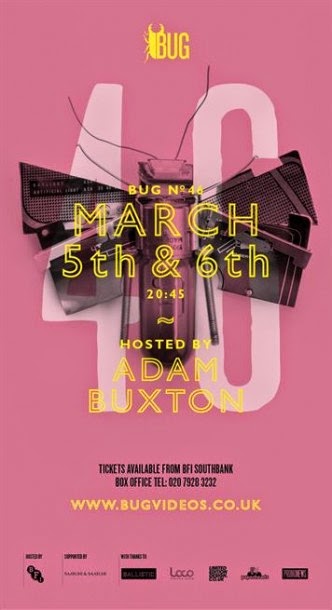 Adam returned to the BFI with BUG 46. His guest director was John Hardwick.

More here and here.  BUG 15 Norwich was announced and Adam's diary has been gradually filling up with a variety of shows.....and a family holiday to Florida.


Going through my uni paperwork and found this. Thanks for helping me out @AdamBuxton pic.twitter.com/Ssd7a5wsBm
— Lucy Gutteridge (@seabeak) March 20, 2015

Then Richard Dawkins had a birthday, bless him.


Adam did a couple more Work in Progress gigs at The Invisible Dot. Have you been there yet? It's delicious.

@AdamBuxton Hello Adam, I was watching BUG on YouTube, and caught this amusing screen grab when it was buffering. pic.twitter.com/8yGWekhaEf
— Uncivil squirrel (@SquirrelUncivil) March 1, 2015