In bygone days, I would have made a lovely recap of the entire year in Adam and Joe World but news is thin on the ground and you all know how to use blogs by now, don't you?  Just check the monthly updates if you think you might have missed something.

As a precursor to Sky Arts airing Adam Buxton's Shed of Christmas, they started to repeat BUG this month.

Adam did some live gigs this month too. A tiny one at The Dot, a bigger one at the Union and then he went to Uckfield, of all places, for a show of his own one night and then guesting for David Earl. 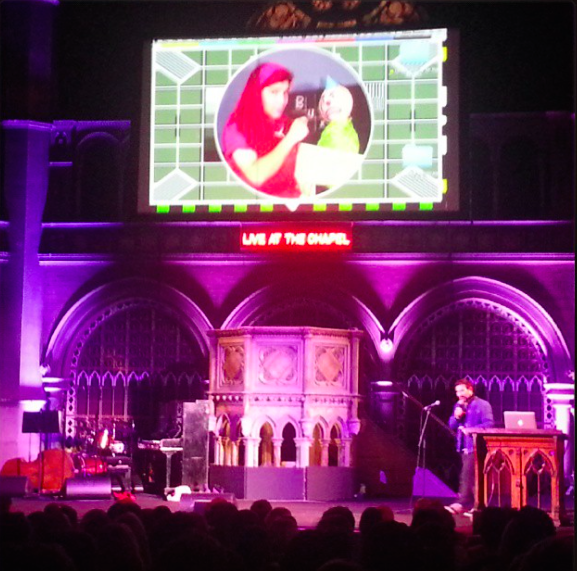 Oooh he's good! I had to keep this gig a secret from my small people. They wouldn't have forgiven me!! @AdamBuxton <3 pic.twitter.com/gTxSGny7ZR
— Kirsty (Smith) Hanly (@kirstyhanly) December 6, 2014

So glad that @AdamBuxton liked the #StarWars figure I made for him, what a nice chap he is too. #lorralorra pic.twitter.com/d50fiRepel
— Andy Lyth (@andylyth) December 7, 2014 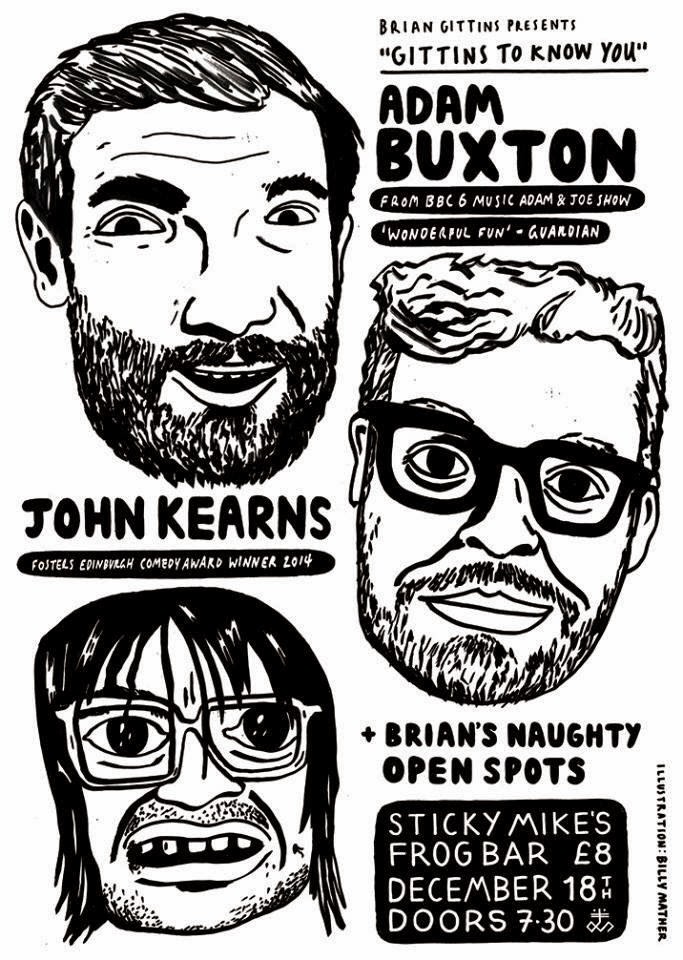 And then it was upon us.....Adam's Shed of Christmas!

Shaun W Keaveny talked to Adam down the phone line which you can listen to here and then we all snuggled around the telly, like it was a manger.

On the first air-night the skies were full of tweets, the general consensus of which was that everyone felt Christmassy now.

For the people without the Sky Arts 1 channel, some clips popped up over the next couple of days. The director of Christmas in the Countryside, for instance, put this on his Vimeo nubb.

'Christmas in the Countryside' - Adam Buxton (Director's Cut) from Thomas Ormonde on Vimeo.

Some kindly reprobate uploaded this to his YT channel


and Adam Buxton, Lord of the Manger put this magical piece in the web bucket and it went completely and incurably viral. LOOK at those viewing figures!

Attack the Block screened during the BFI's Science Fiction season and Joe was going to do a Q & A  earlier in the month but he had to cancel due to pressure of work. As if to prove that he actually could be bothered get out of his pyjamas, Edgar tweeted this little Christmas gift.

Look who I ran into for breakfast today. pic.twitter.com/JNLYGX82zF
— edgarwright (@edgarwright) December 15, 2014


....and the BFI posted this to show there were no hard feelings.

Someone mused that Lance Armstrong's son looked a little like Longshanks.

While I'm in a Joe mood, I'm going to finish with this because it tickled me.

Finally, I tweeted this and for some reason, it got more faves and RT than I've had in many a long month.

Pierce has capitalised on Taffin's resurgence by helping people who have REALISED THEY SHOULDN'T BE LIVING THERE. pic.twitter.com/C6TRNFRymJ
— Raving Ponce Machine (@AuntieNubbins) December 30, 2014


There you go. Fingers crossed that 2015 will be rammed with lovely bits.

There really does seem to be less and less news these days.

There was a rumble that Adam would do a Christmas show on Sky Arts but we didn't really have any solid news until 11th November when he hosted the UKMV Awards. 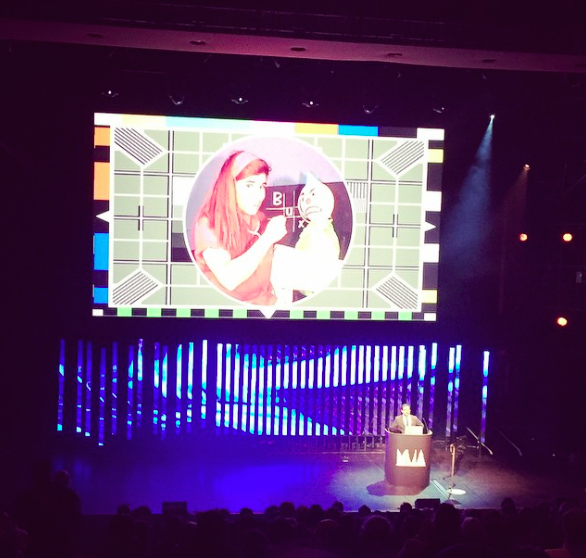 (photo thanks to Brendan Gleaves but not neccessarily with his permission.)

He also took the XL Recordings BUG Special to the Phoenix in Leicester this month.

At the start of the month we learned that Joe would do a Q & A for Attack the Block in December but by the end of the month he had to cancel due to work committments. That's OK......so long as some of us get to SEE that work :frownyface:

And there it was.....a very short news month.

......unless you want to be silly and look at this and this.