The Adam and Joe Periodical

It's annoying but inevitable, this blog is just like any other periodical. It shows up about once a month with the occasional panic when nothing happens for six weeks.

Well, whoop-di-la-di-loo - both Adam Buxton and Joe Cornish have moved among their people since my last post and a reassured calm has soothed my angsty little life.

Adam presented three editions of BUG29, the first one of which gave me particular joy because David Wilson was the guest director and he's pictured-up some of my favourite tracks. There was a BUG Special at the Leicester Comedy Festival too.

Adam's ability to make the banality of introducing award presenters seem like the best party you ever went to means he is in great demand at the moment. Recently, he hosted the inaugural Music And Sound Awards and last Friday, presented the Family Award at the Games BAFTAs (below). I believe he will also host the British Arrows Awards 2012 on Wednesday.

This week Adam returns to Norwich with his special East Anglian BUG9 and then back down to London for a small gig in Camden on 1st April followed by the BFI for BUG30 in April.

He'll present his BUG Special at the Brighton Comedy Festival, the Wilderness Festival and Latitude. There's no more news on bringing BUG to the tellybox as far as I can tell. 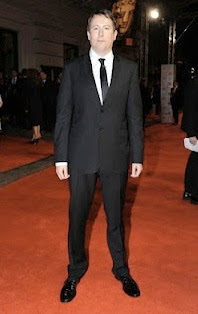 Joe attended an awards do recently too. He proudly ambled up the red carpet (via George Clooney's ear) at the BAFTA Film Awards and hopefully received an exciting Nominees Goodie Bag.

Attack the Block continues to win gongs such as the Black Reel Award and Joe went to Toronto on Monday, en route to Japan, so I hope he hooked up with the Serial Diners to collect his Silver Lena Awards. Joe's interview with the wonderful George Stroumboulopoulos is below but look look at these shots and chortle at the captions.

Back in February, he cosied up on a sofa with Nick Frost & Alex Esmail somewhere in Fitzrovia to waffle his way through Attack the Block via this magic portal provided by LOVEFiLM which is still available to view/relive.

Last week, he brought his front room to the South Bank to show us his Screen Epiphany, preceded by an on-stage interview. This was a magnificent ruse to present a deliciously popped & scratched print of Over the Edge on the huge screen in NFT1.

Eventually, you should be able to watch highlights from the discussion at the BFI site but in the meantime, here's the interview from Toronto. 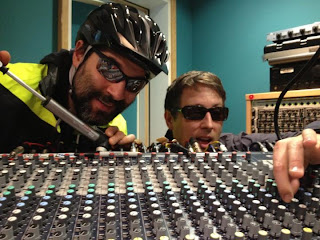 Adam and Joe also contributed to the wonderful 6Music Tenth Birthday Celebrations including an optimistic comment from Cornballs.
BBC Radio 2 aired two Best of shows on consecutive Saturdays too. The BBC's studios in Maida Vale played host to live sessions from Sunday to Friday and the lucky studio audience were treated to a safety message from them. You can find that and more birthday links here.

Also during this period, 6Music and their guests were trending on Twitter at several points. The great and the good of the music and entertainment industry sent their best wishes via Facebook and Twitter. This is the secret station that Adam saved for us!

The Guardian's Birthday piece prompted 200 odd readers' comments, many of which were about Adam and Joe. There have been several instances of live Stephenage around town this week.

This film was on the 6Music website, on the television and projected at Maida Vale and the South Bank throughout the glorious celebrations.

During the last show in his short Saturday morning run, Richard Bacon tried to kill Adam and Joe off. It was to no avail, of course but you can listen here.

In other news, the young cast from Attack the Block are popping up all over. Sammy Williams was in an episode of Hustle and is in Dexter Fletcher's Wild Bill. Franz Drameh featured in a two part Casualty story. John Boyega stars in tv drama My Murder with Franz Drameh to air on 26th March on BBC Three and Alex Esmail is in Payback Season and Strippers vs Werewolves. Franz is also in Now is Good which recently showed at Berlinale.

Attack the Block continues to get distribution around the world. New Zealand, Portugal and Japan are up next.

ジョー・コーニッシュ、監督
Germany also released the film on Blu-ray in a steel case last month. This version includes a small feature withdrawn from the UK & US release entitled "Joe's Massage". It's probably a little inappropriate but not for the reasons you might think/hope. Watch an adorable review of the casing here.

This was made by longtime Big Mixtape and Adam & Joe fan, @SongWarmonger. 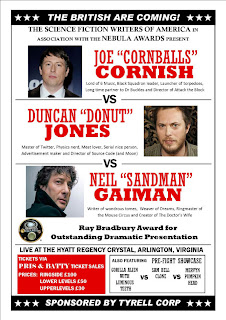 One of the stars of Traveling Tales was featured on BBC's The Tube the other week.

Do try to catch up with the Peter Serafinowicz podcasts, if you can.

Finally, this was seen on Nigerian television last month. 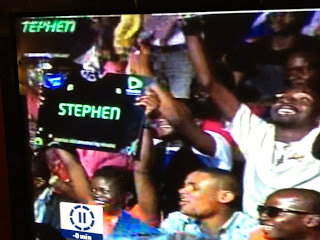 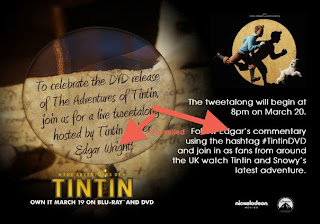 Adam and Joe Calendar.
*not a real word

Posted by Auntie_Nubbins at 10:45 No comments: