The Ideas of March

Adam kicked off the month by joining Marc Riley at the 6Music Festival in Manchester.

I made a nugget page for it with some soundbytes and gathered photos.

Chris Judge's books are being narrated by Adam for ME (no, not me). 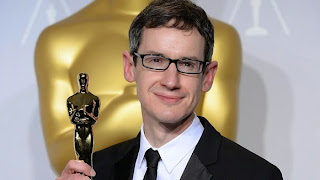 Steven Price, who composed the music for Joe's film Attack the Block, won an OSCAR this month for the Gravity soundtrack.

Graham Linehan continues to mention his drama with Adam.

Adam's Bowie documentary was nominated for a Radio Academy Award!

Reports began that Joe Cornish had signed up for directing Section 6 but this project courts a lot of controvasy and litigation.

Adam made his way over the big sea to New York, Austin and L.A. and there was so much interaction that I put it in a little nugpost.

Adam and the BUG team are inspirational!

WIcked RT @MrGraeme06: Having been inspired by BUG I made my first music video and shot it on the edge of space. http://t.co/AJkofwsPr1
— Raving Ponce Machine (@AuntieNubbins) March 7, 2014


Posted by Auntie_Nubbins at 09:00 No comments: