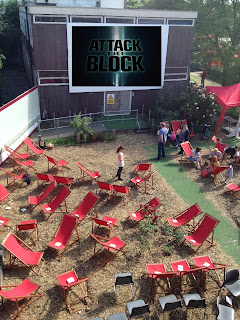 I know. I know. You don't get the tiniest whiff of his long shanks for months and then he pops up twice in one week.


If you missed the chance to catch Joe's contribution to Ultra Culture's Great Teen Movie Debate on Saturday you can take solace in another couple of opportunities on Wednesday. You'll have to make the effort to get all the way to E3 but it'll be worth it. It's super easy on the buses and tube.

Danny Boyle has curated the Shuffle Festival. That's a clever word meaning he did the choosing and he chose Attack the Block as one of a very diverse selection of films.


They're showing them in and around the disused psychiatric hospital at St Clement's in Mile End Road, E3 4LH.

The full programme is here and you're going to kick yourself when you see what you've missed already.

This Wednesday, 14th August 2013, Attack the Block will be shown indoors at 7:00pm for the weather-phobes. If you've got a laissez-faire attitude and your plastic, pocket poncho handy, you could opt for the 8:30pm outdoor screening. Joe will introduce both of them. There's an intrepid sense of make-do-and-mend about St Clement's. The indoor screening will have church hall style chairs, bean bags and benches. They'll be a few of those outdoors too plus a couple of pews and lots of lovely red deck chairs, so you can pretend you're Rhys Ifans while you're watching.

If you were to pitch up earlier, you could check out the variety of food and drink. There are performance pieces and video installations in one of the derelict buildings. I recommend the work of Susan Aldworth who's exhibiting two films that feel like a blend of early David Wilson & early Cyriak with a touch of The Drowned Man thrown in.

There's a map of the area here. It's tiny but BIG.

I'm not sure what will be happening during the week but today there were bands, happy brains, bubbles & bingo.......but not just any bingo....it was 'Car Boot Disco Bingo' -  a description which could not be more efficient.

I realise it sounds awful but it's very popular and everyone taking part looked fit to burst with joy.

Keep your eyes open because apart from spotting a Joe Cornish 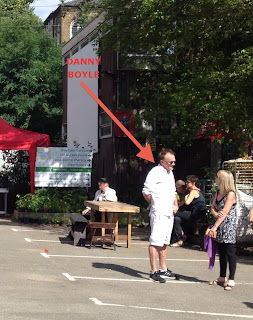 
If you're thinking 'cor, that looks really leafy and green',
there are even patches of wild flowers. 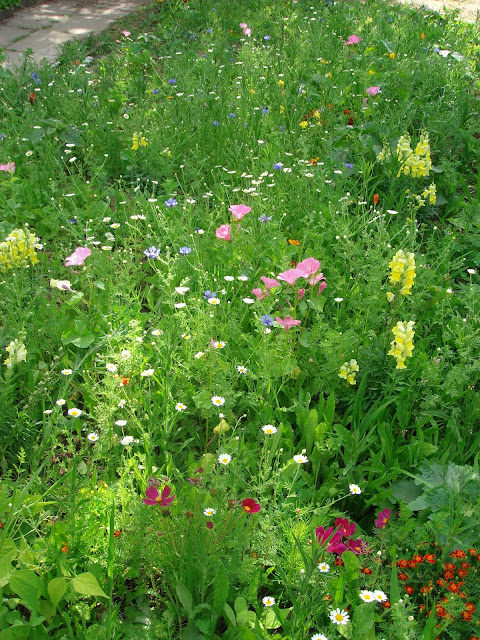 ......and if you didn't believe me, here are Bubbles, a Brain plan of happy thoughts and a Band fronted by Lionel. 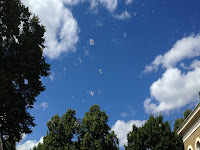 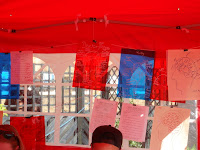 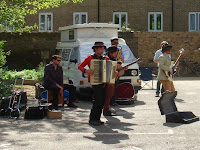 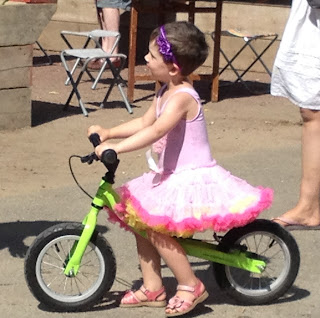 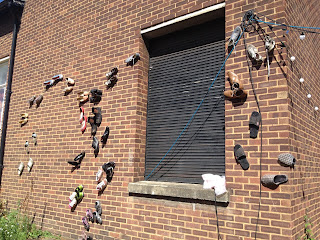 .....and a mind Boggling maze of memories and wood. 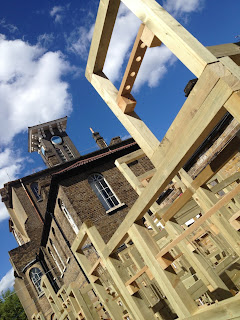