Mumble to the Nation 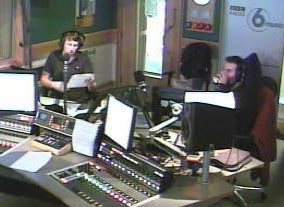 @NotAPretender managed to secure a promise from @weeclaire that the full show would be listened to this week and NAP felt that this caused for a test, probe or 'Twizzle', if you will. I will admit to throwing these together a bit. I was not able to listen so attentively myself until later tonight........but here were my suggestions. I await @weeclaire's response

Question 1:- Which book about a dog and an autistic boy is Chavez demanding his subjects read?

Question 2: What's the name of the new single from Wild Beasts according to Adam?

Question 3: According to Joe Cornish, what would Alastair Stewart really like to call the Once Proud Queen of Europe?

Bonus easy question: Which section is the Adam & Joe show filed in?

Bit tardy but I'll put the answers in a comment, should anyone even remember this....or care.

Updated the pack with help from skiptotheend at the AdamAndJoe.com forum (supplied dog graphic)