Right at the start of the month, Adam gave two performances of his XL Recordings BUG Special in Norwich and a few more Work in Progress shows at the Invisible Dot.

Rae Lovejoy grabbed this snap of Adam at the UK New Front London event, whatever that was.... 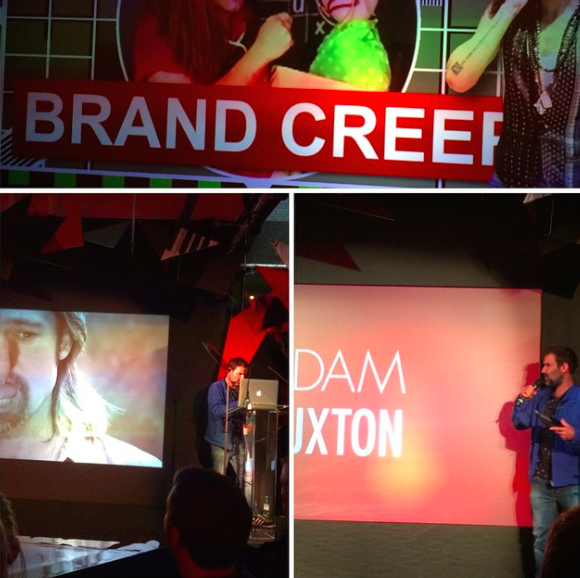 Helen, Olly and Martin the Soundman celebrated their 300th Answer Me This podcast this month. Adam was among the many and varied guests and he answered Alastair's question.

Adam went to Barcelona this month too!  I know he is Spanish savvy but I wonder if his Catalan is up to scratch.

and Will shared his selfie.


Finally, friend of both Adam and Joe gave us a butchers and the cover of his book.

I should also mention that there have been several Attack the Block screenings dotted around London and Bristol over the last couple of months.