This month, Adam set off for another tour of L.A. comedy clubs and there was rumour of a Nerdist podcast which has come to nought as far as I can tell. He did these though and BLOGGED about another podcast:
Mon 2nd Jun - Crash Test at the UCBT in L.A.
Wed 4th Jun – Nerd Meltdown at Meltdown Comics in L.A.
Sat 7th Jun - The Prompter at the Meltdown in L.A. (and the Buxty Birthday, fyi)
Sun 8th Jun - at the Mack Sennett Studio in L.A.

Adam returned to Sheffield Docfest and the lucky sods got his Bowie Special, Cobbler Bob an' all.

Such a wonderful venue. I wish I could have been there.

Getting in the Zavid Zone for the BUG Bowie Special this weekend in Sheffield: http://t.co/FMxAHAc4LZ pic.twitter.com/BVYj0Ku4hZ
— Adam Buxton (@AdamBuxton) June 13, 2014

followed gratifyingly by this

There are some more pictures of the Bowie Special here, here, here and here but don't forget Chris Saltyman's video. This is a review here.


The XL Recordings BUG Special worked so well in London that he took it to both Glasgow and Manchester.  Read more here including Milland Suman's bespoke intro film.

It looks like Edwyn Collins and Marc Riley went along to the Manchester show and Frank Black turned up on screen via Skype/FaceTime at the Glasgow gig. Adam phoned in an interview with RadMac which is preserved forever here. 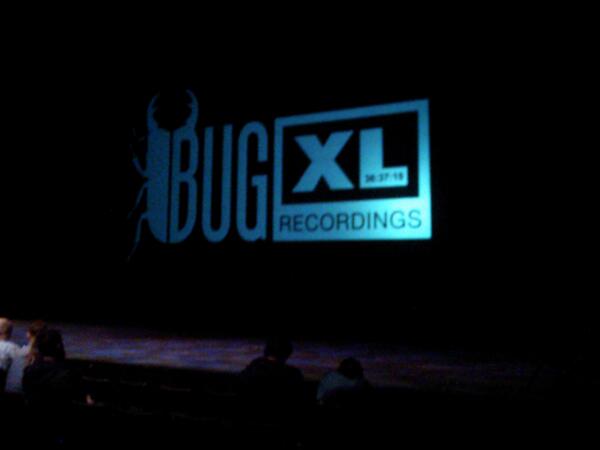 Adam found the time to add his voice to more Ladybird. Check out the full range including three Chris Judge books.

This month, we discovered that the Adam and Joe Song Wars Vol. 2 is no longer on iTunes. It makes me feel sick to my very core. I fear Dreamboat records went the way of the ferry man.

There were a lot of tweets linking this, though.

Ben Baker made a comedy compilation.

Now here's a really absurd thing. Very rarely, I see someone taunt me with a tweeted picture of their signed copy of the Adam and Joe Book. Don't ask me if all the planets in the idiotholeverse were strangely aligned but out of nowhere, TWO people decided to tweet similar things On The Same Day (I think you know the voice you're supposed to read that in).

Whats the chance of two of these turning up on one day? Good RT @Eliza: found this proof that @AdamBuxton loves me pic.twitter.com/Yh97rv5gmU
— Raving Ponce Machine (@AuntieNubbins) June 23, 2014

Whats the chance of two of these turning up on one day? Good RT @RachelFails: I still treasure it. Thank you <3 pic.twitter.com/wVBKi3qlSP
— Raving Ponce Machine (@AuntieNubbins) June 23, 2014

On 25th June, Adam tirelessly bended his knees and pulled funny faces for a slew of award-happy winners at the Broadcast Digital Awards. One Two Three ....there are more somewhere.

I got cross about this:

The only mention of Joe this month was continued chatter relating to Edgar leaving his Ant-Man director's chair cold. Although I was enchanted by this.

Alan Davies rolled out a new show for Dave which included stand-up John Robbins recounting his friend Paul's Bringer of the Spiders story. There were bits of Twitter snorting when this happened but John confirmed it was his mate's story. Actually, Dave are repeating the series and I do recommend you entertain yourself with it. Episode one includes the actual Jon RonSon. I'd quite like to see Adam guesting on series two. No, actually, I'd quite like to see Adam hosting series two. I think he would be very comfortable there and Mr Davies doesn't need to do any more telly.....really.....only a bit?

I'm including this because we need to encourage the young people to watch telly.

and for later on in life, this discovery was made.

I have no idea what this is all about but that looks like one tasty sandwich.


.@RSDivaJessica and I had a lovely time tonight @AdamBuxton. Thanks for being our prom dates ;) pic.twitter.com/G9hf8Rq5xa
— Chelsea Schwartz (@UncoolRockstar) June 9, 2014