As we brushed away the messy crumbs left in the grate by the big guy in the cola costume, a brace of idiotholes regaled us with tales of joy and woe, love and minor annoyance, besties and worsties, if you will. Gifts were exchanged before our very ears and the cocktail cabinet was prised open. Twiglets were audibly chomped and firecrackers were lit. Apologies for confusions and distresses caused were made. Declarations of intent were uttered.

I think I may be right in saying this was the first year in which no fatal damage was caused to any of the gifts exchanged. Despite a strong missive from Adam about the presents needing to be silly and not 'proper' Joe couldn't stifle his surprise when he opened something that appeared to be 'quite good' until Adam reassured him that it was, in fact, genuine rubbish.

If you are eager to re-enact this present exchange with one of your long-term comedy partners, I've made a little list of the items you'll need and an approximation of where to get them.

There are still a few days left to catch up on the iPlayer and the podcast will be around for about 30 days, apparently.

Rather than do one of my tediously laboured dissertations, I've decided to sum the show up in thirty seconds.

We were even given a Black Squadron Command this weekend which was "Tinsel Undies".
I am delighted for Adam and Joe because the small number of entries which actually made it into the gallery implies that they were rewarded with many enjoyable photos deemed far too saucy to display on the walls of the Castle.

It would be wrong for me to have favourites of course, but I do. 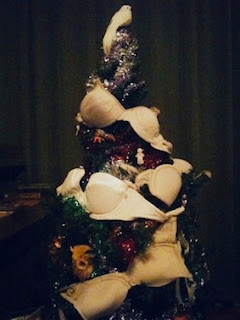 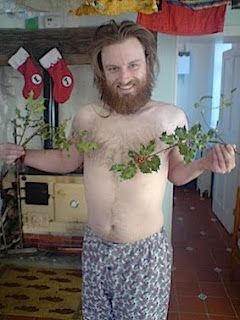 I don't think we've met but I'm looking at his pants and crying 'wolf'! 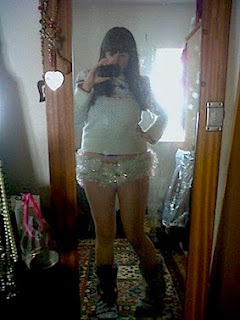 and our lovely Megan because she is so bloody pretty.


As many hitherto dutiful squadron members were otherwise engaged with their families and loved-ones when Adam and Joe's Christmas Special was aired, a bunch of tweeters Listened Again on Boxing Day at 6pm.

For reasons unknown some dedicated members from last night were overlooked in the gallery submissions so they're here. 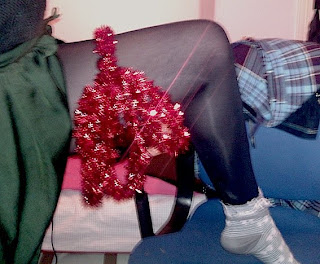 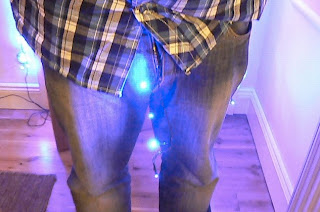 SlabSquatThrust had a tinsel deficit but as his made-up joke proved during the show, he is an inventive fellow

and Twitsquadron's very own songbird, Layla
gave us a before and after view

Fiona made a Flickr set. Feel free to add yours too. 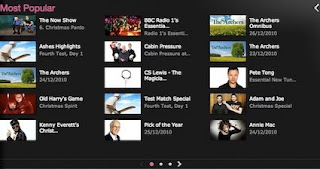 During our communal love-in the show peaked on the iPlayer in 14th place across the whole of BBC Radio. It retained a respectable position in the chart throughout Bank Holiday Monday as people arrived home and caught up with it.

It has been in first place on the 6Music list since a couple of hours after it went live. The podcast is floating around the 7 or 8 area in the iTunes Comedy episode chart.

Four squadron members had their jokes read out so we should have a quick roll call:

Erik O'Brien - aka SlabSquatThrust (MInt Spy) after whom Adam will name his next son.

Marge Gunderson - aka SongWarMonger (Manger Zone) whom, after being a regular contributor to Adam's Big Mixtape, now has the benefit of some made-up-joke coaching from Torpedo Commander Cornish.

Steve Wells (Stop the Carvery) has yet to make himself known via the Twitter - probably because Google reveals that this isn't the most original entry......but then, a couple of those others don't actually pass Cornball's usually rigorous testing.....and to think they could have read my hilarious(ly lame) submission.

Respectable notices of abstention were received from across the globe and our trusty PantoSquadron operative tweeted this shout out during his interval. You Go Girl! 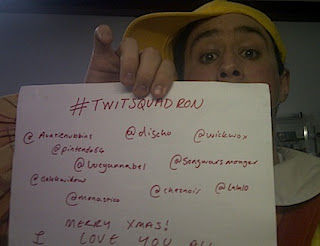 It must have been torturous for followers of #TwitSquadron members either on Saturday morning or Sunday evening but we had fun linking our virtual minds and hands. The show was diverse and hilarious with great music and great chat, just like in the olden times.
Posted by Auntie_Nubbins at 10:30