We're told it has been rubbs for most of the world, in the sense that a lot of famous people who shaped our lives have wandered off before, or roundabout their time, and that the western world has opted to take a step back and undo all the good things that have taken so long to put in place.

Sod all that. Adam and Joe REUNITED last month, for heckin's sake!

I'm getting ahead of myself.  Plenty of other stuff went down this year, and not quite all of it was bad.

The year kicked off with London Live showing the Adam and Joe Show on their funny little tellovision channel.  What an absurd joy that was.  They seeem to be randomly working their way through the odd series, here and there.


Lynne B found this lovely missive from Punk Rich on the notbbc forum.


And here it is. The never before seen director's cut of Cobbler Bob starring @AdamBuxton https://t.co/2ntg1x5oMw
— Chris Salt (@oblongpictures) January 16, 2016


My fave scene from #attacktheblock. Seriously awesome! Might have this for #eccc You'll have to come to find out! pic.twitter.com/vTTzLOtsKJ
— jess von i (@jessvoni) January 26, 2016


Being a fan of @AdamBuxton and Joe Cornish's @BBC6Music show is like knowing an amazing secret handshake pic.twitter.com/Lb48R1bmtE
— Mark Brady (@HolidayPirate) January 29, 2016

Adam did a gig at The Bush and the first night of the BUG 50 this month but you can see too many tweets, can't you?


You can read more about the Bowie BUG here.  In March, Adam kickstarted his podcasts again with a double wuzza whammy.

Excellent! RT @RachaelAtWork: Found an antique from when, if a movie I liked didn't have merch, I'd make some pic.twitter.com/t86v5Pn2JH
— Raving Ponce Machine (@AuntieNubbins) March 29, 2016

Twas an incredible night. Thanks to everyone who came along, especially @Arnabacus, Yas Akram and @AdamBuxton. pic.twitter.com/1NeoLzt6Dy
— Diet of Worms (@thedietofworms) March 31, 2016

#SkipperChris and the fantastic @AdamBuxton prior to their rocket adventure! Good luck with the #davidbowie shows! pic.twitter.com/AhOcJUl1Sf
— Thames Rockets (@ThamesRockets) April 6, 2016


April brought us podcasts from Kathy Burke,  Garth Jennings,  Richard Herring  and Sara Pascoe but I'm a little saddened to note that the way Acast works, means that the SquareSpace jingle is no longer playing. It has been surplanted by they equally joyful Leesa mattress ad. Don't forget, if you fancy a New Year Mattress enter Buxton80 at the check-out for a whole £80 off init.

In Adam's last pod of 2016 he implied we'd not hear from him again until around March 17, which means that if he's done a pod with Garth to promote SING, it will be for the sell-through release rather than the theatrical. SO, I do urge everyone to see this joy of a film that I'm privildged to have caught twice already because I am a raving ponce machine.

I'm hoping that Kerry rekindles her comedy relationship with Adam as an upcoming podguest in the 2017s.


This show went down really well in Manchester. If you're wondering how many Bowie BUG Special's Adam did, you can check this gig list archive.

Even for only a casual Bowie fan (!) @AdamBuxton 's BUG was amazing Like listening to a podcast...with pictures! pic.twitter.com/oIgrOHtdle
— Steve Tamburello (@thegreenman42) April 18, 2016

I was thrilled to see this outside such a prestigious venue but the gig didn't happen in the end, sadly.

So Poe Dameron off of Star Wars used to get up early to listen to the 6music @AdamBuxton & Joe Show #nicelittlebun pic.twitter.com/lRRDZmq7Yl
— Jacques Croupier (@jacquescroupier) April 23, 2016

Adam gave his Bowie BUG to the good people of Brighton in May before heading up to Glasgow. Tom Sayer liked it.

Adam and Iain Lee did a bit of reciprocal podcasting here and here followed by some Doc Brown.

....and a little more waffle from Louis here.

Adam's pod is still riding high, this time featuring in The Week, the NME and Huffington Post doing this piece.
From Mark Woodward: "Facebook tells me 5 years ago Black Squadron was issued the foam face command!" 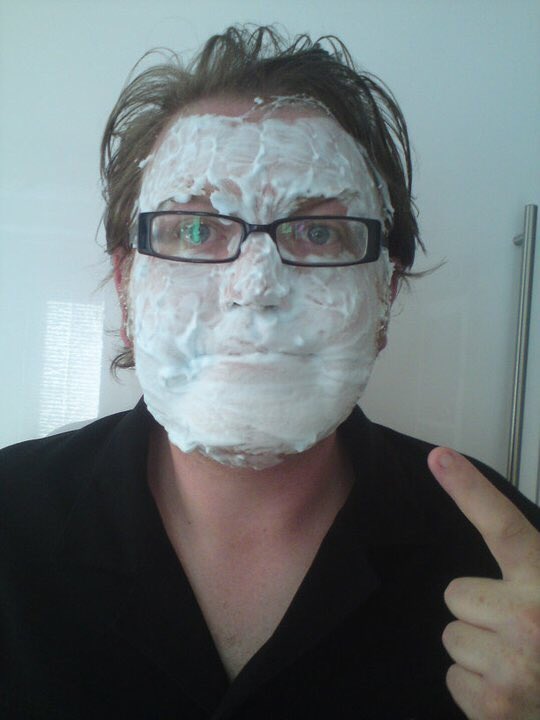 The next offering in our series of Friday vignettes comes courtesy of @AdamBuxton https://t.co/7fdsDRQAIx
— Radiohead (@radiohead) May 27, 2016


The next offering in our series of Friday vignettes comes courtesy of Adam Buxton www.adam-buxton.co.uk
A video posted by Radiohead (@radiohead) on May 27, 2016 at 7:00am PDT


The Yorkshire Post reviewed a Bowie BUG Special here.
As a long-time BlackSquadroneer, it made me very happy to see Adam had kindly done this for lovely Sophie.

BUG 51 was wonderful with Lee Hardcastle guesting on stage and Lord Edgar Wright swishing his folicles in the audience.

This month we had podcasts with Marc Riley, John Robins and a double bubble from Jonny Greenwood!


More from the DocFest here.

@AdamBuxton Thx for the autograph for the Mrs'. Do say hi to your sis from Simon. She introduced him to Zavid. pic.twitter.com/t48Qdm964s
— niall porter (@niallporter) June 30, 2016

July to December is here but for now -
Finally, the viral sensation of the year: